the sound control is a good idea – I will keep it in mind and realize when my work with a lot of other things is done.

By the way: here is a short overview of the developing steps of the FM radio since 2014.

Next photo shows my extension (with UAA170 and 16 miniature LEDs) and a real FM scale: 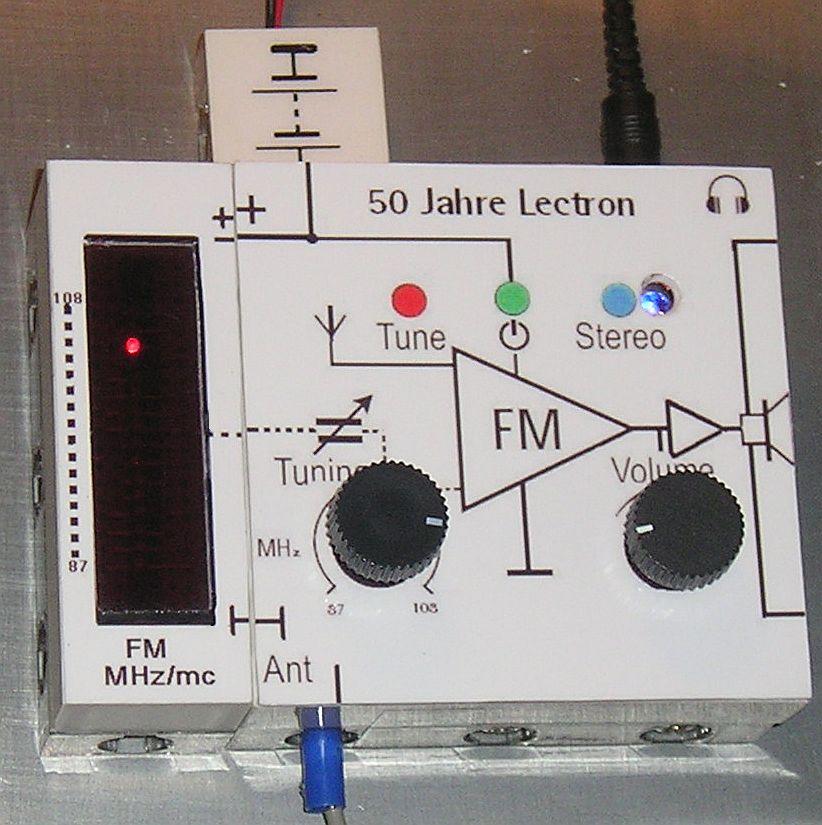 …and another nice FM radio, based on a ready assembled PCB:

No Lectron block but another FM radio…

Now it is enough of FM radios for today – here as a proview a simple BC / SW radio receiver block (was my low cost jubilee proposal):