This was one of Braun’s earliest additions to the Lectron System product line. It was Braun’s best seller and won numerous prizes over several years including the Bronze medal. I was able to acquire a very rare unit which had the blue wrapper listing the various awards.

This was really a ‘bare bones’ Lectron System model with even the headphone not getting a proper block but rather two connecting plugs. Several ‘loose’ resistors and capacitors were included which could be ‘plugged in’ to two different blocks to complete the experiment. Of course, this helped keep the cost down which was important to draw parents in to purchase it.

Starting with Egger-Bahn, the Lectron System was always one of the most expensive ‘toys’ in the marketplace. This was likely why Braun made a concentrated effort to move toward the vocational training schools which would likely have a larger budget than the average parent to invest in this type of product. 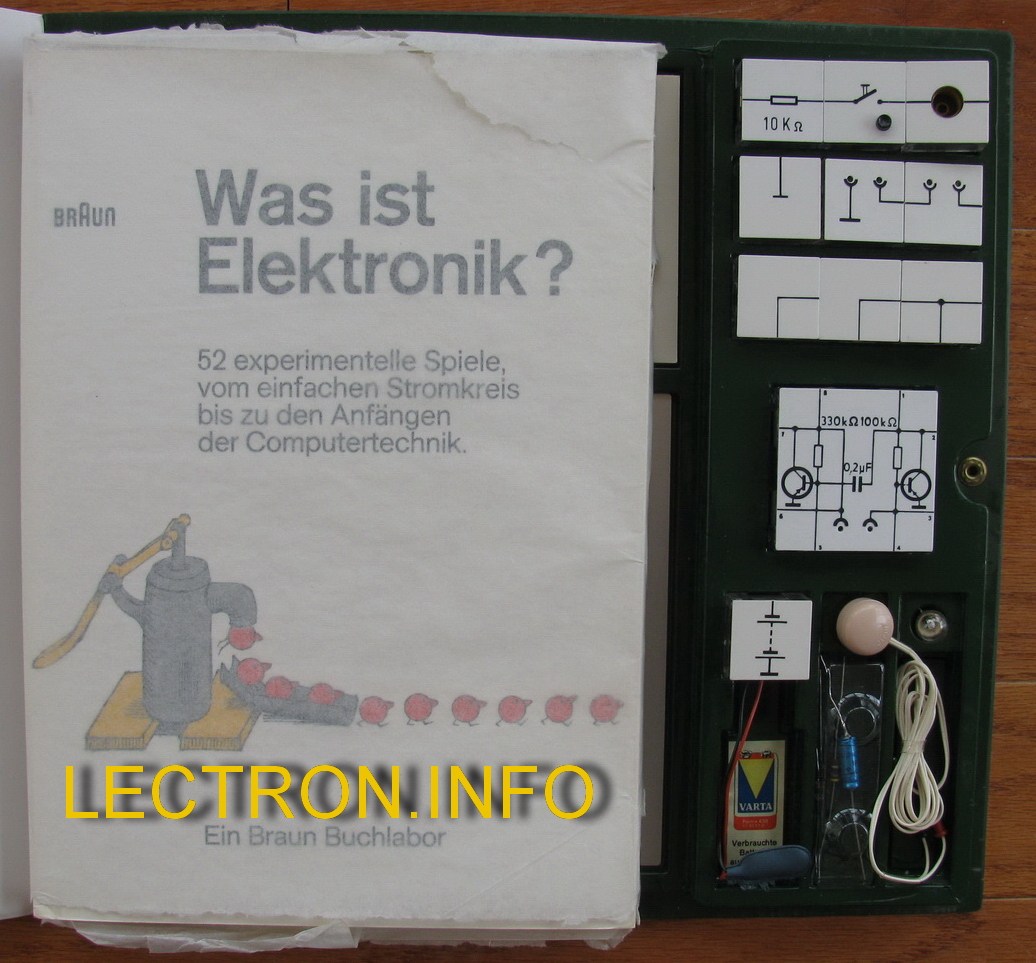 would guide the child through the experiments with simple explanations. The author of the text was Mr. Heinz Saucke who would later partner with Manfred Walter in 1975 to develop the Physik Experimentell model. Mr. Jules Stauber was the drawings artist.

This model is still being sold by Lectron, GmbH – Reha Werkstatt Oberrad (RWO), albeit in very different packaging. When I first visited the RWO in November of 2013, I was given a very rare English version of the book by the Lectron System product manager, Mr. Cahn von Seelen. It was signed by him and other Lectron System Luminaries including Mr. Dietrich Lubs (Deputy Head of Design for the Braun design team from 1995 to 2001), Mr. Wolfgang Schrank (the deputy Managing Director of the Frankfurter Verein für soziale Heimstätten e.V. – the holding organization of RWO), and Mr. Steffen Pohl (RWO facility director). 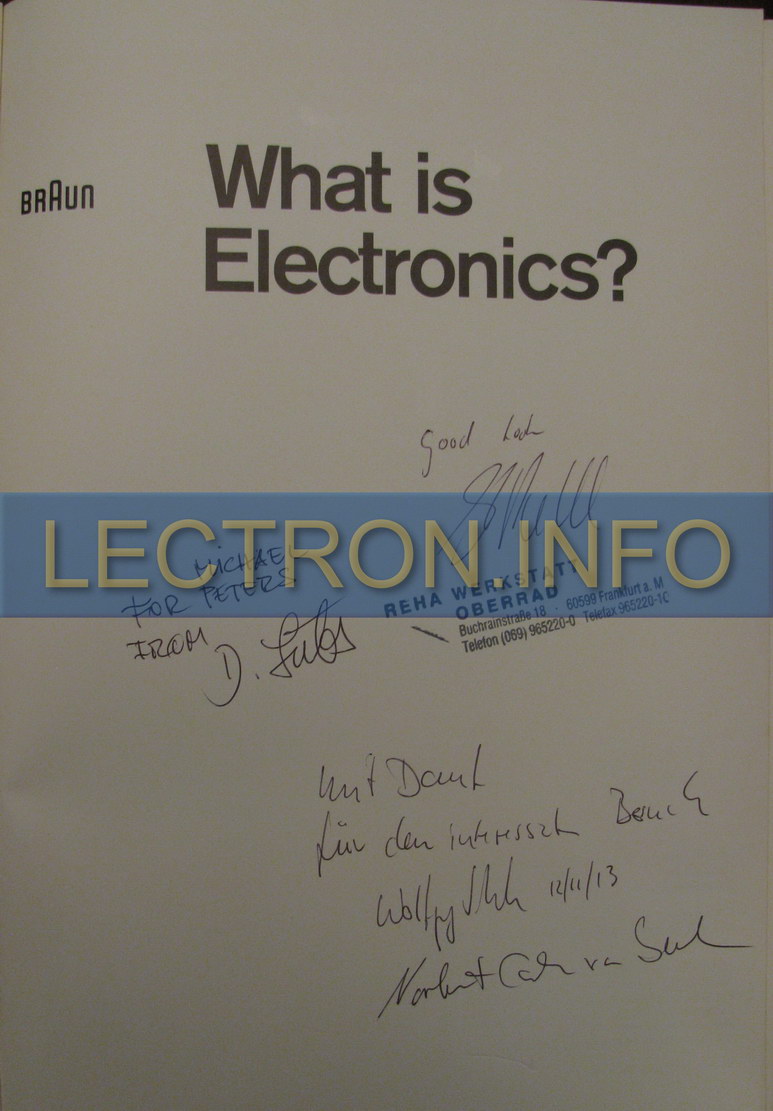