The Braun era proof photo shows the light bulb, thermister and photo cell blocks. During the LectronMW era, these three blocks would be transitioned to the Grundsystem S model. 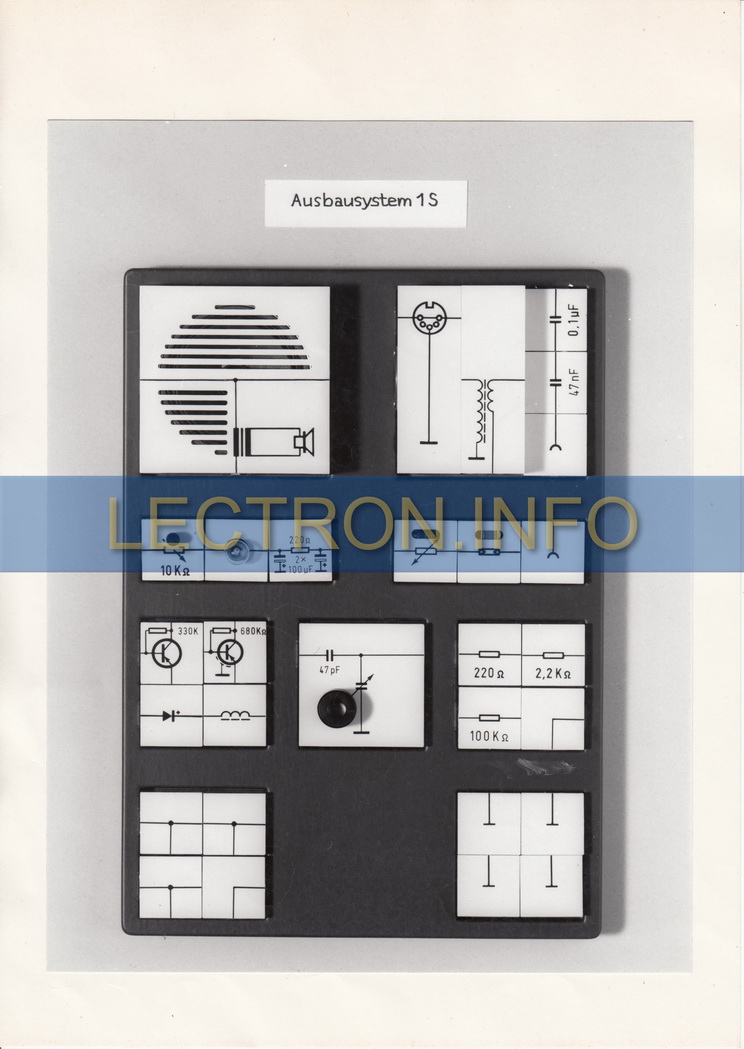 I can confirm this because I was able to acquire a previously never opened Ausbausystem 1 S model which included a 1971 catalog and its layout matched the above layout photo exactly. Unfortunately, Braun does not appeared to have put a photo of the Grundsystem S or Ausbausystem 1 S models in any published document.

During the LectronMW era, a different plastic tray was used and the layout reflected the transition of the three mentioned blocks accordingly. One banana jack block was also eliminated.