A Braun photo of the red letter edition of the 1100. Note that the values of the blocks have a light grey hue (red) in contrast to the schematic symbols which are darker (black).

Lectron.Info was able to acquire this very rare first version of the 1100 courtesy of Rolf Nitzsche, an Egger-Bahn enthusiast who also collects Egger Lectron models. 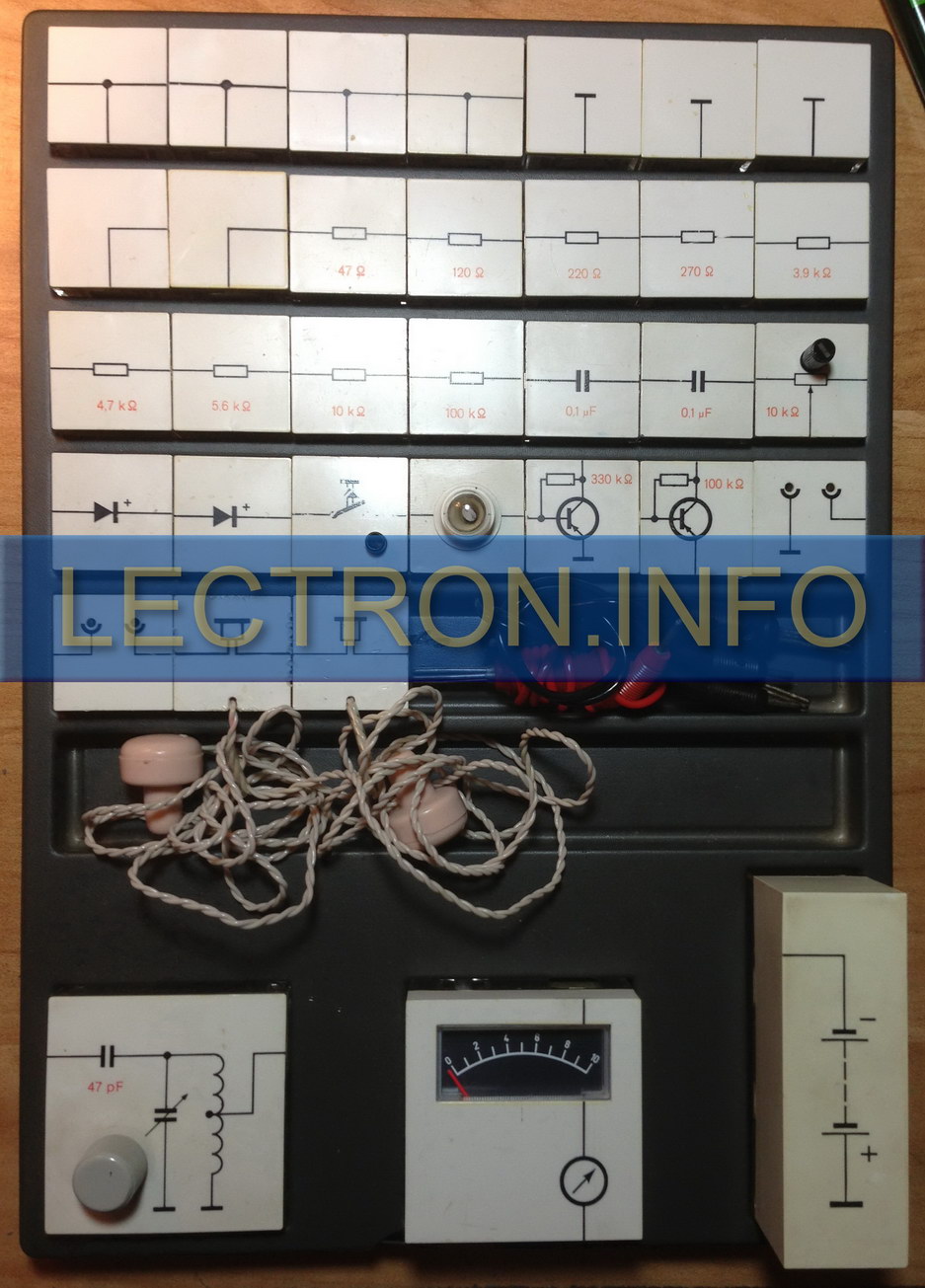 A close-up of the 120 Ohm block. Note that the black dye has been partially worn off. This did not happen with the normal embedded black letter blocks. Those blocks had the letters and schematic embossed into the plastic for longevity. For some reason, Braun did not use that process for the red letter blocks and simply used a silk screen (serigraph) process on the surface of the white plastic cover. Unfortunately, this process yielded inferior durability of lettering and symbols leading to premature wear and tear as evidenced in the photo.